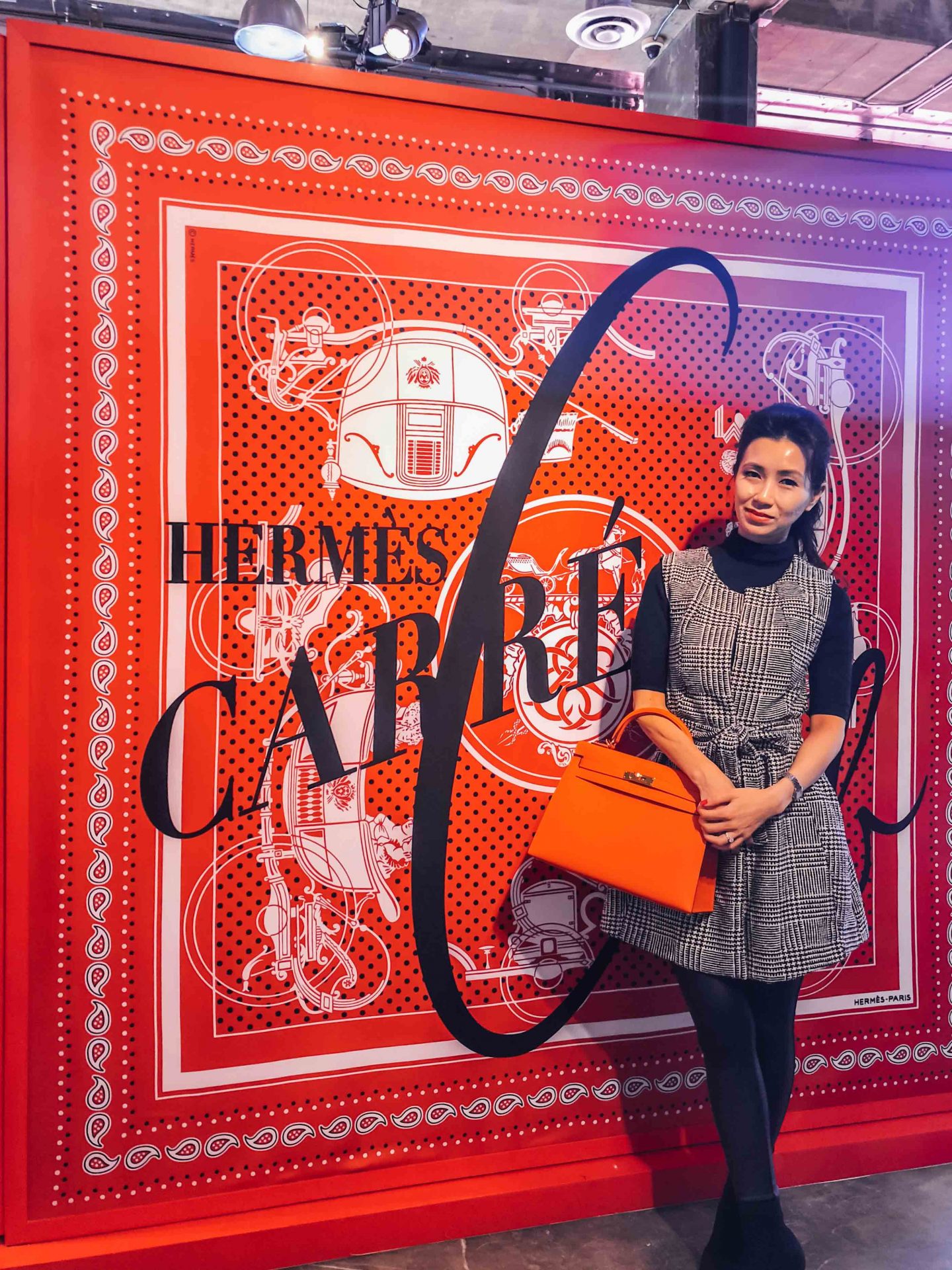 What is Hermès Carré Club?

Hermès Carré Club is a newly launched pop-up event open at various metropolitan cities, Los Angeles being one that was held last weekend (November 8 – 11, 2018), to celebrate the brand’s signature silk scarf and showcase some of the artists work and live demonstration. The launch has since hit Singapore, New York, and Toronto, and coming next week in Milan.

Carré means square in French, and it is the term used to refer to the Hermès signature silk scarf – the carré.

The event is more than an exhibition but a fun, interactive setup to bring scarf lovers together to discover and meet the artists, immerse in the creation, and belong in an inclusive club featuring a cafe, karaoke, tattooing, coloring of the scarf, portrait sketch, and more. 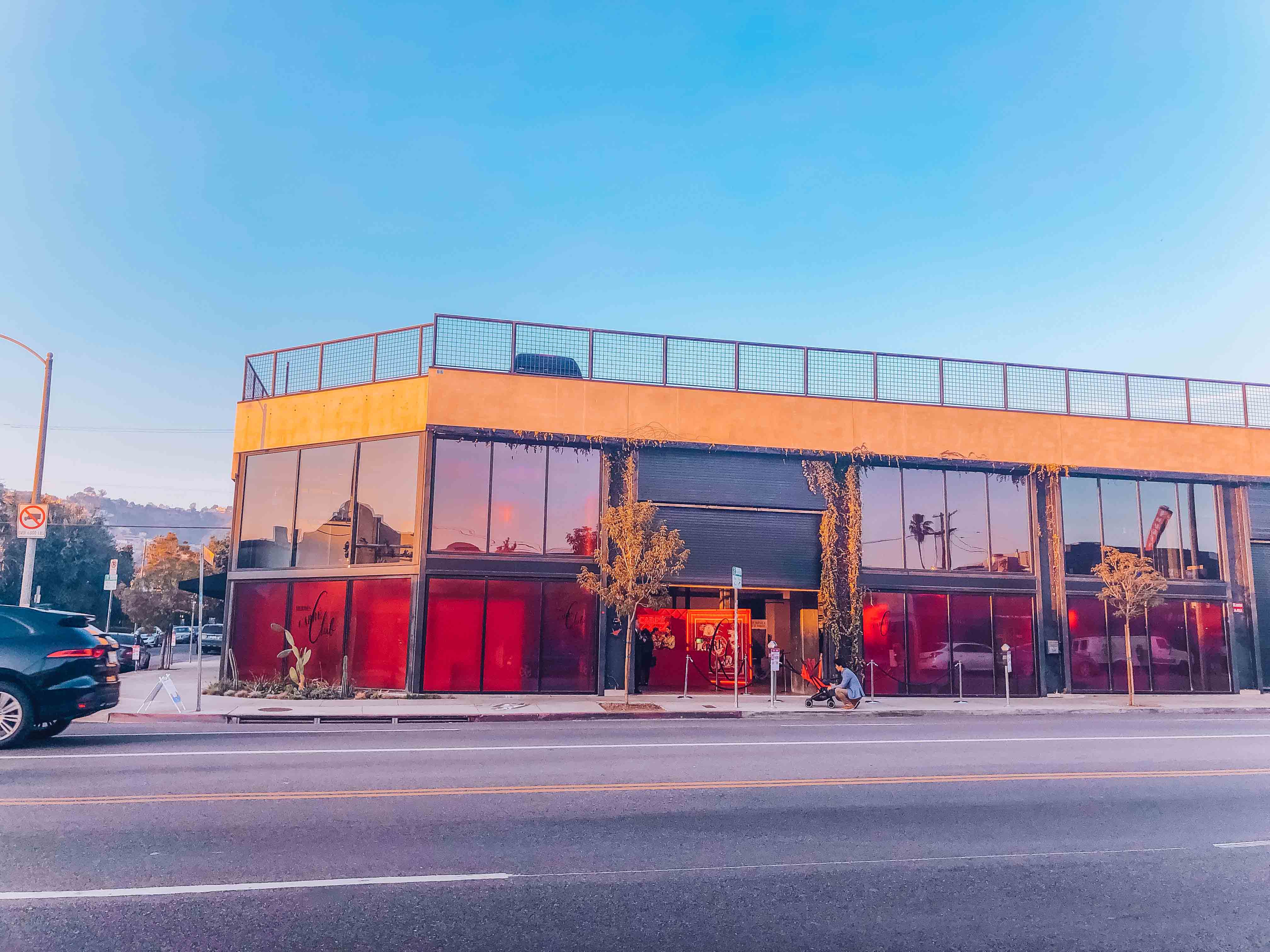 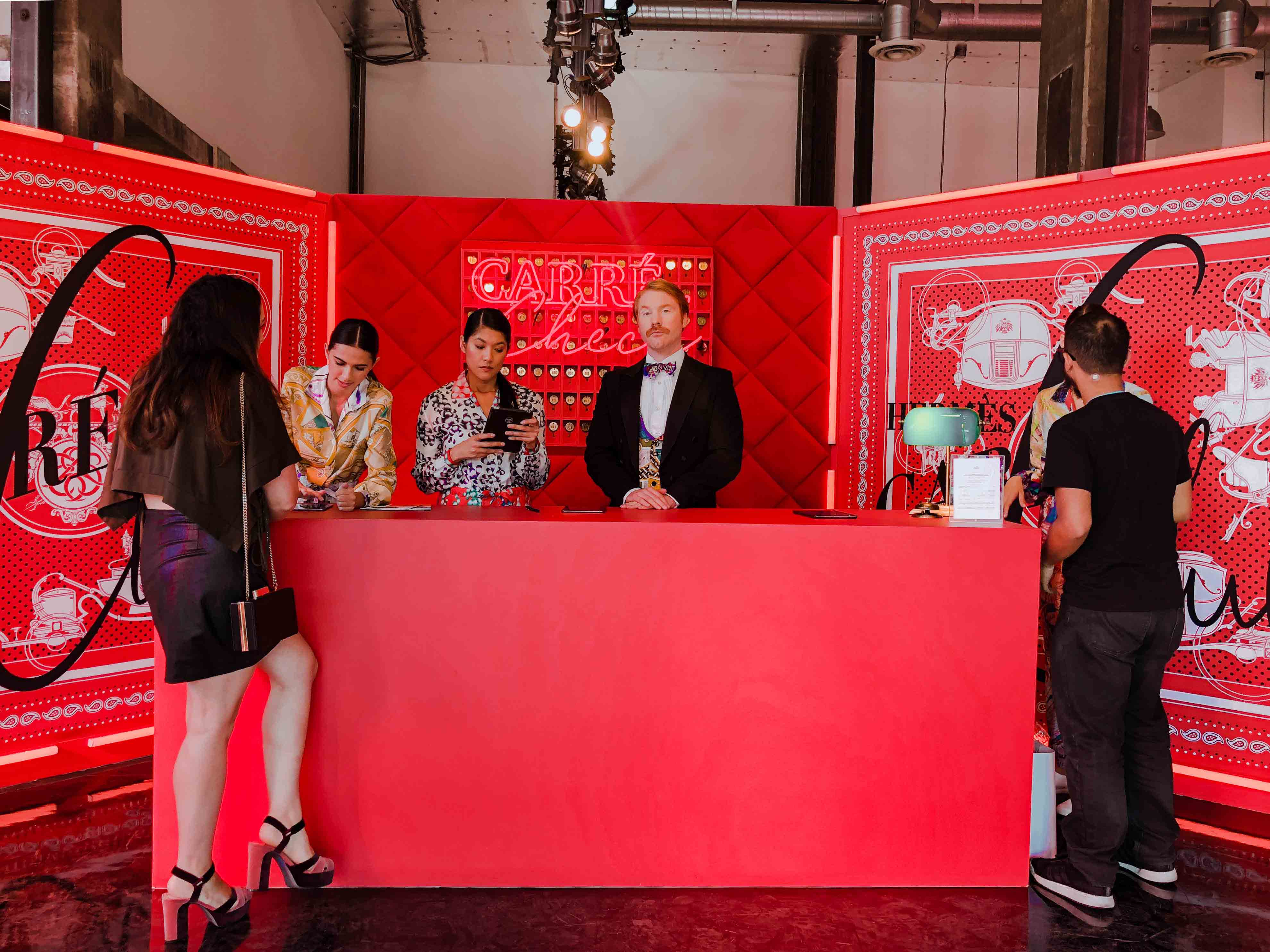 The play-pretend club is free for anyone to join. All you have to do is register on the tablet with your name and email, and sign an agreement that you may be photographed or recorded while on the premise. 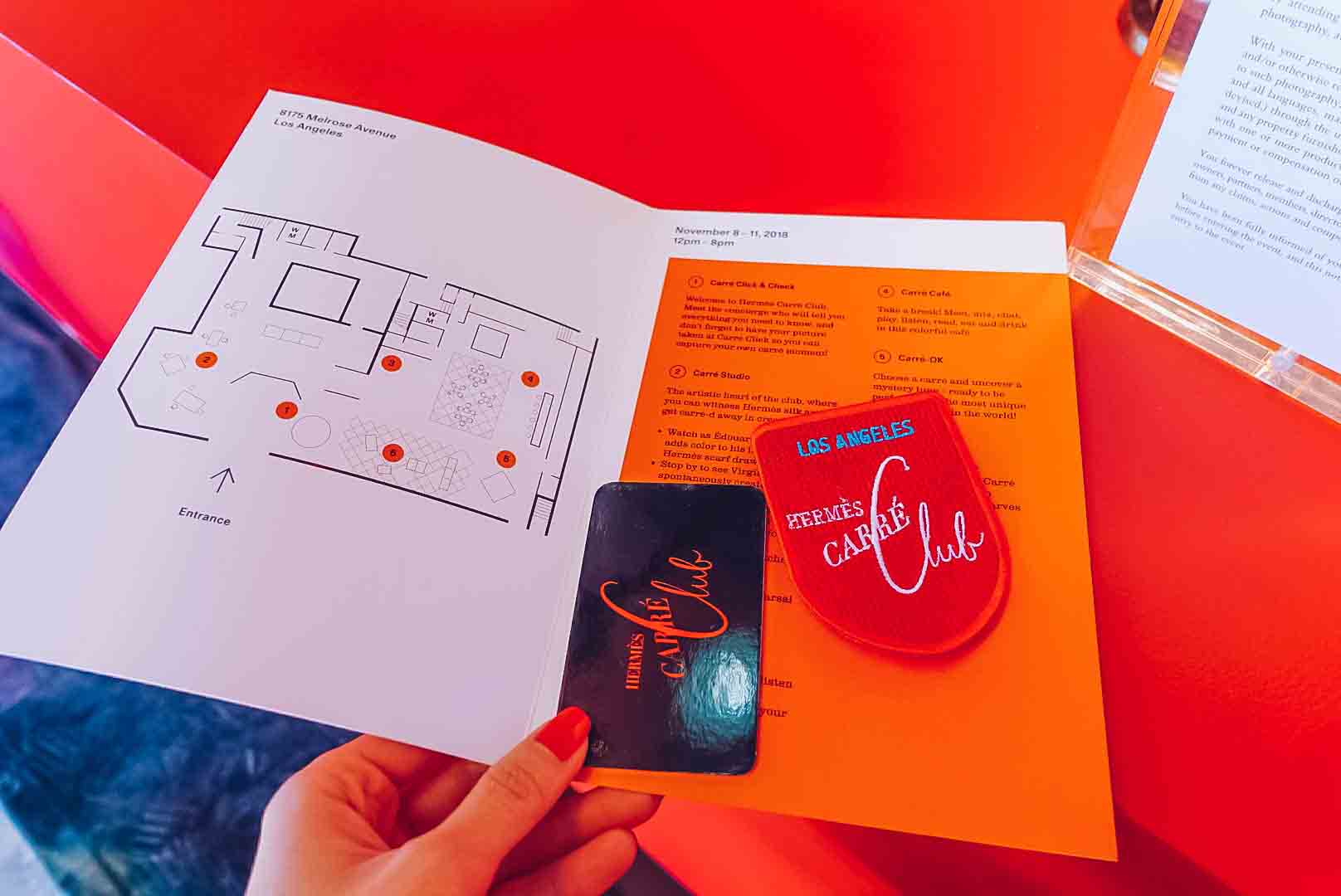 After you check in, you get a Hermès Carré Club Membership Card and Embroidered Patch.

Capture your GIF scarf moment at the Carré Click photobooth.

This is the artistic heart of the club showcasing 5 stations of silk artists carrying away in their creativity. 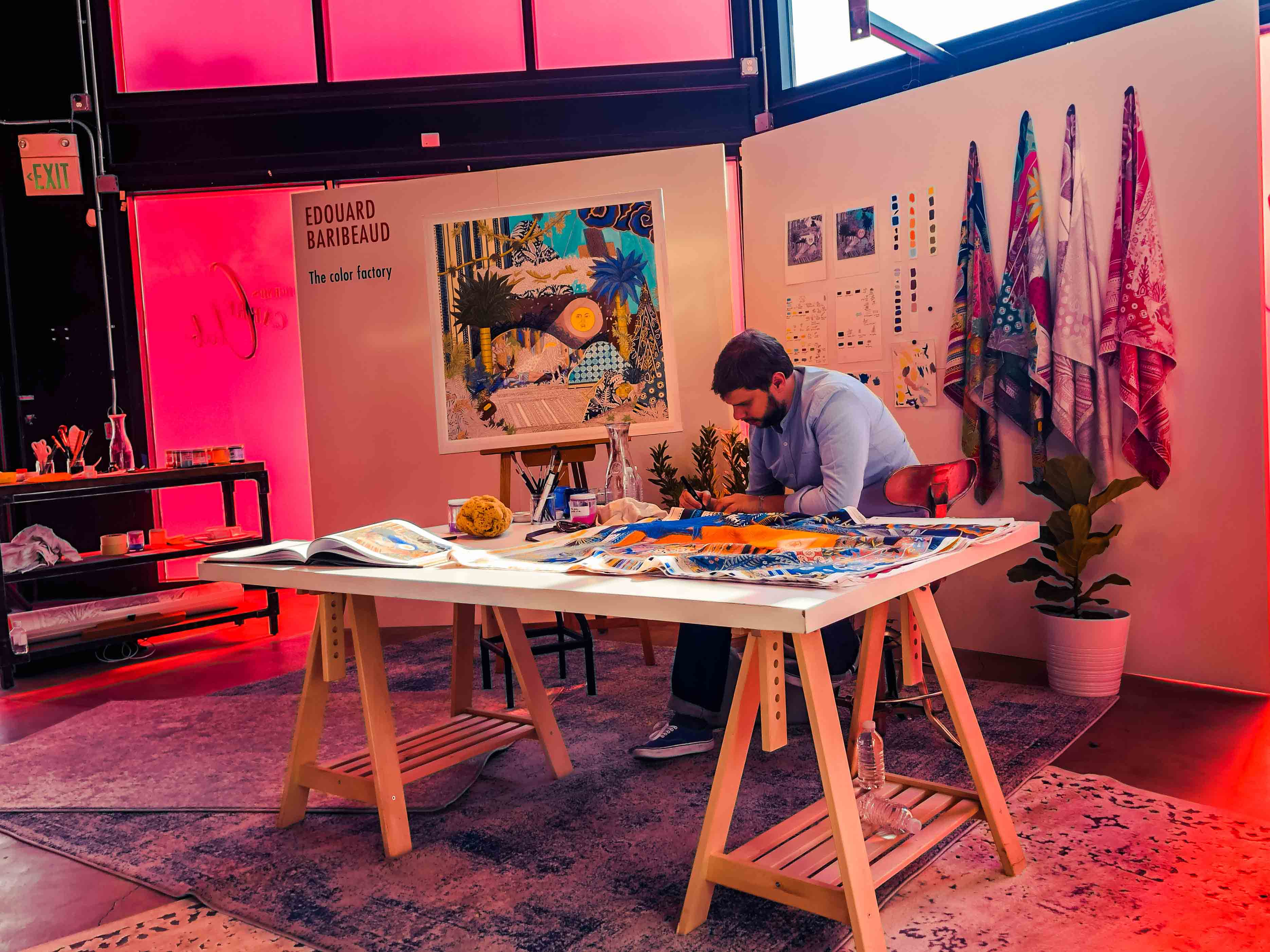 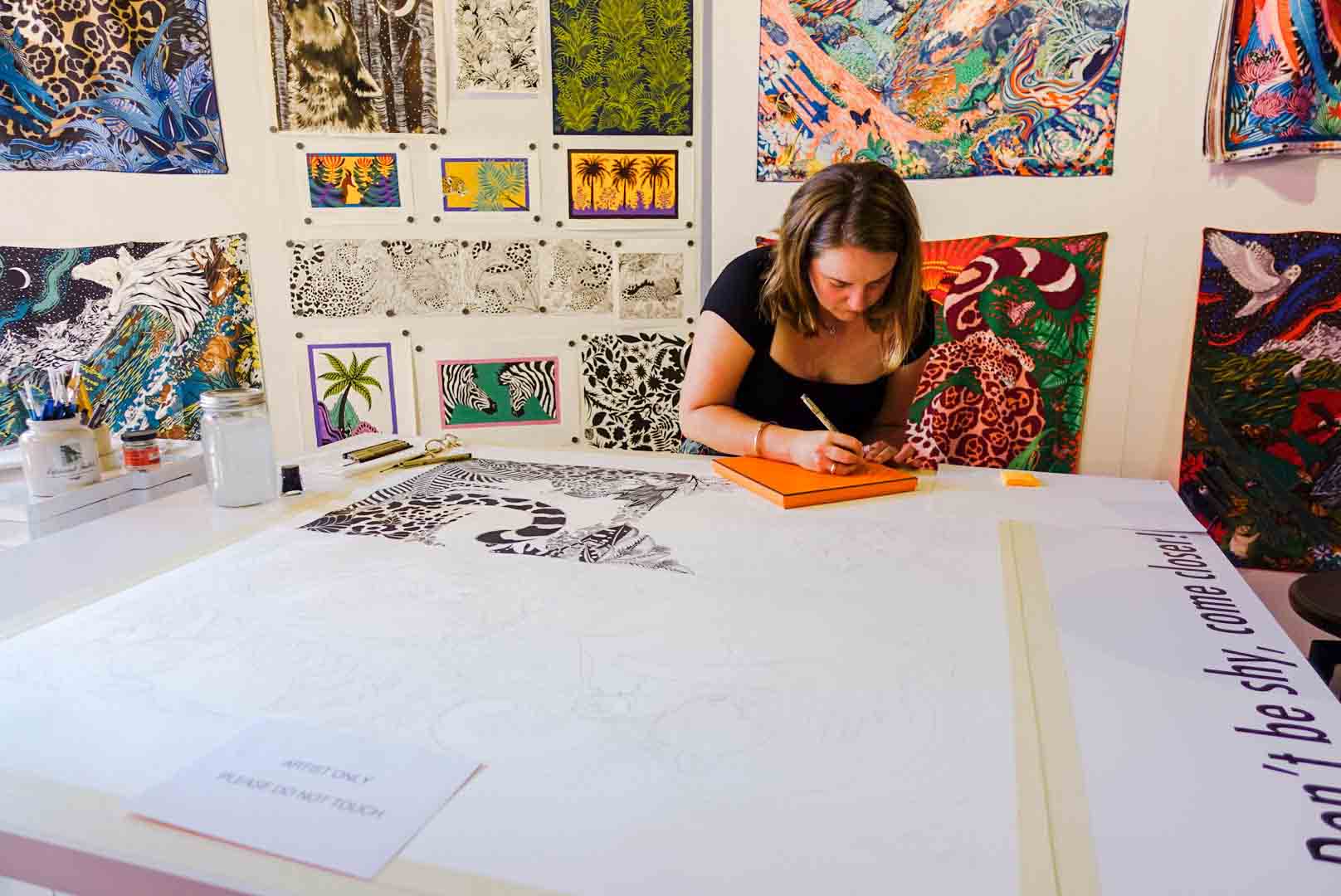 Alice Shirley and her exquisitely rendered animal design. I have a shawl in the same design and colorway behind her. I thought of bringing with me and have her sign, but I wanted to be hands-free. 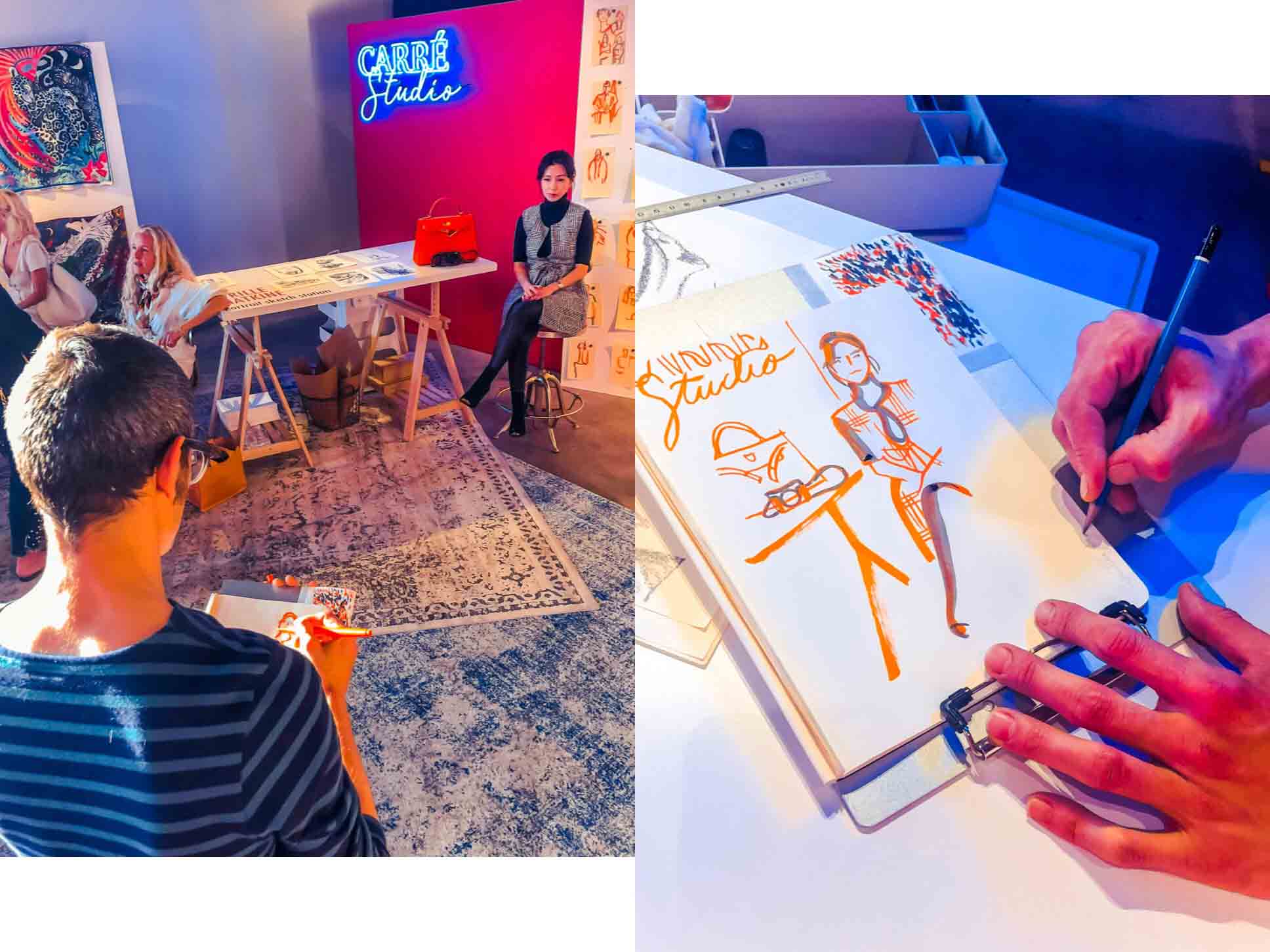 Have your portrait sketched by Cyrille Diatkine. It was the best priceless piece of art and souvenir to take home. All worth the wait. I got on the waitlist right away as soon as I arrived and was number 17. Each session took him 15 minutes. Luckily, there were plenty of things to do at the club and Melrose Avenue to kill time. I placed my camera there purposely for him to include it in the sketch. 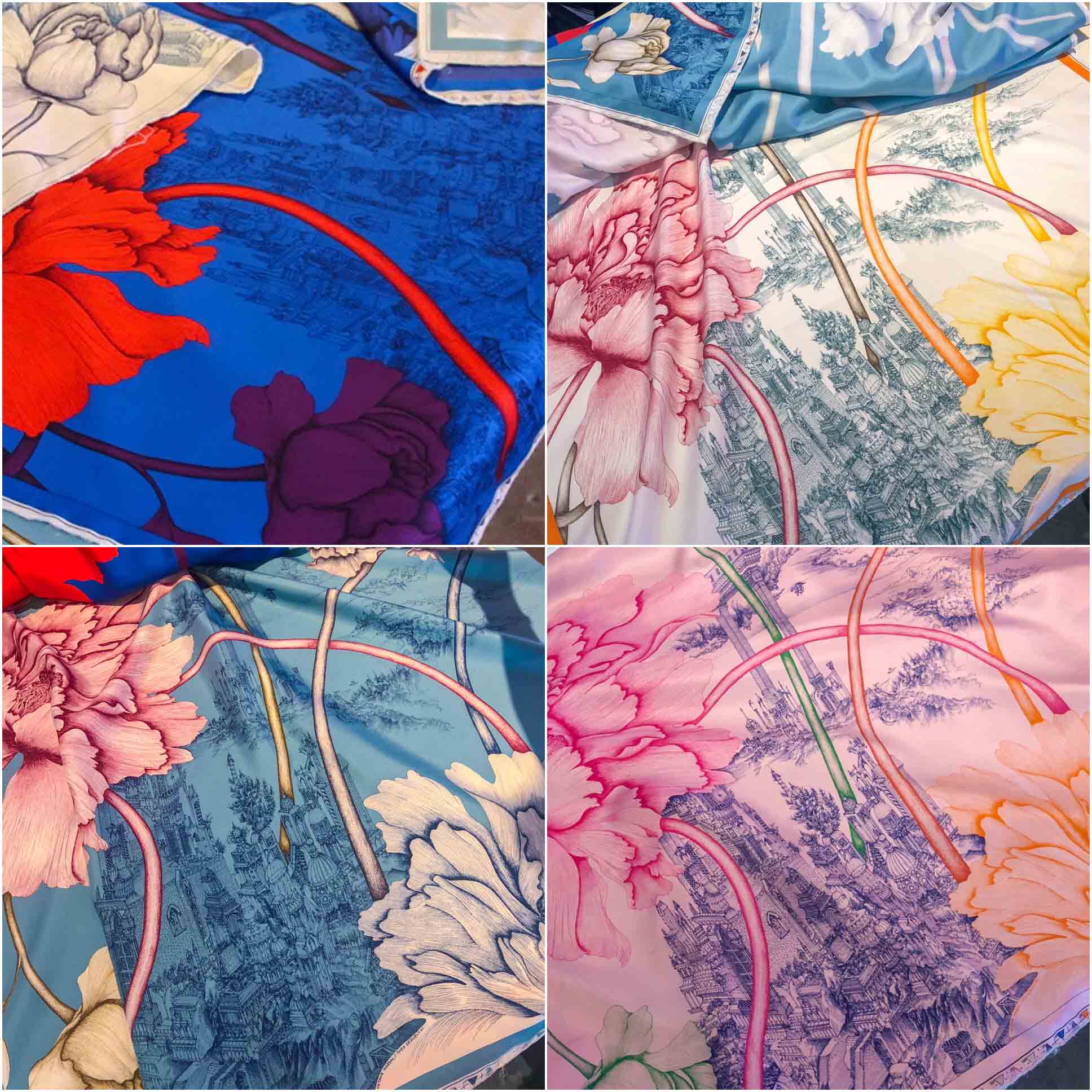 I love this artwork by Octave Marsal and Theo de Gueltzl working in tandem. In the background is an intricate drawing of a fictitious cityscape, and beautiful big peony is drawn over it. It’s a new design for the Spring/Summer 2019 season which is set to come out in December, and by the samples, I saw at least six colorway. 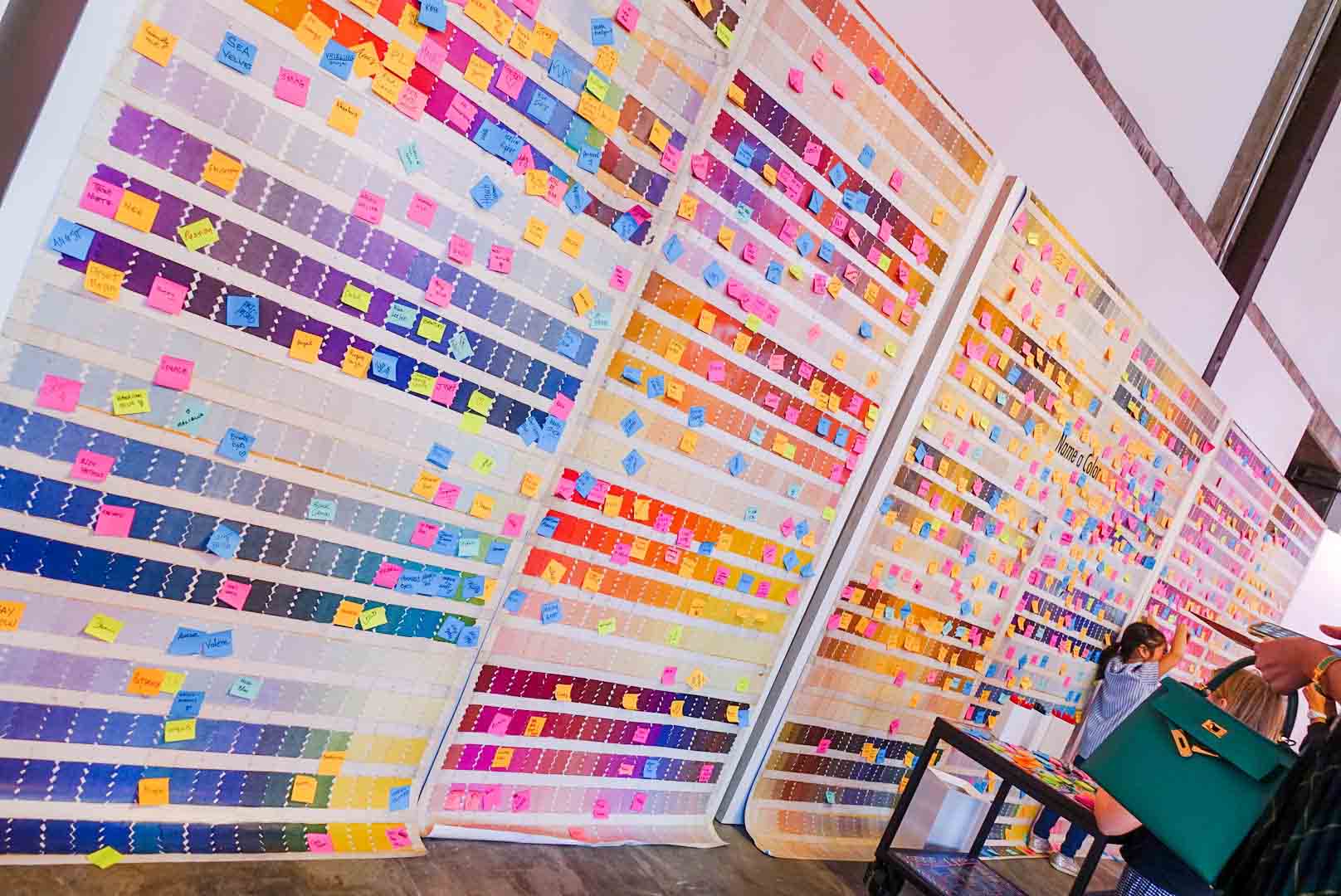 Name your favorite color and hopefully Hermès name it after you. 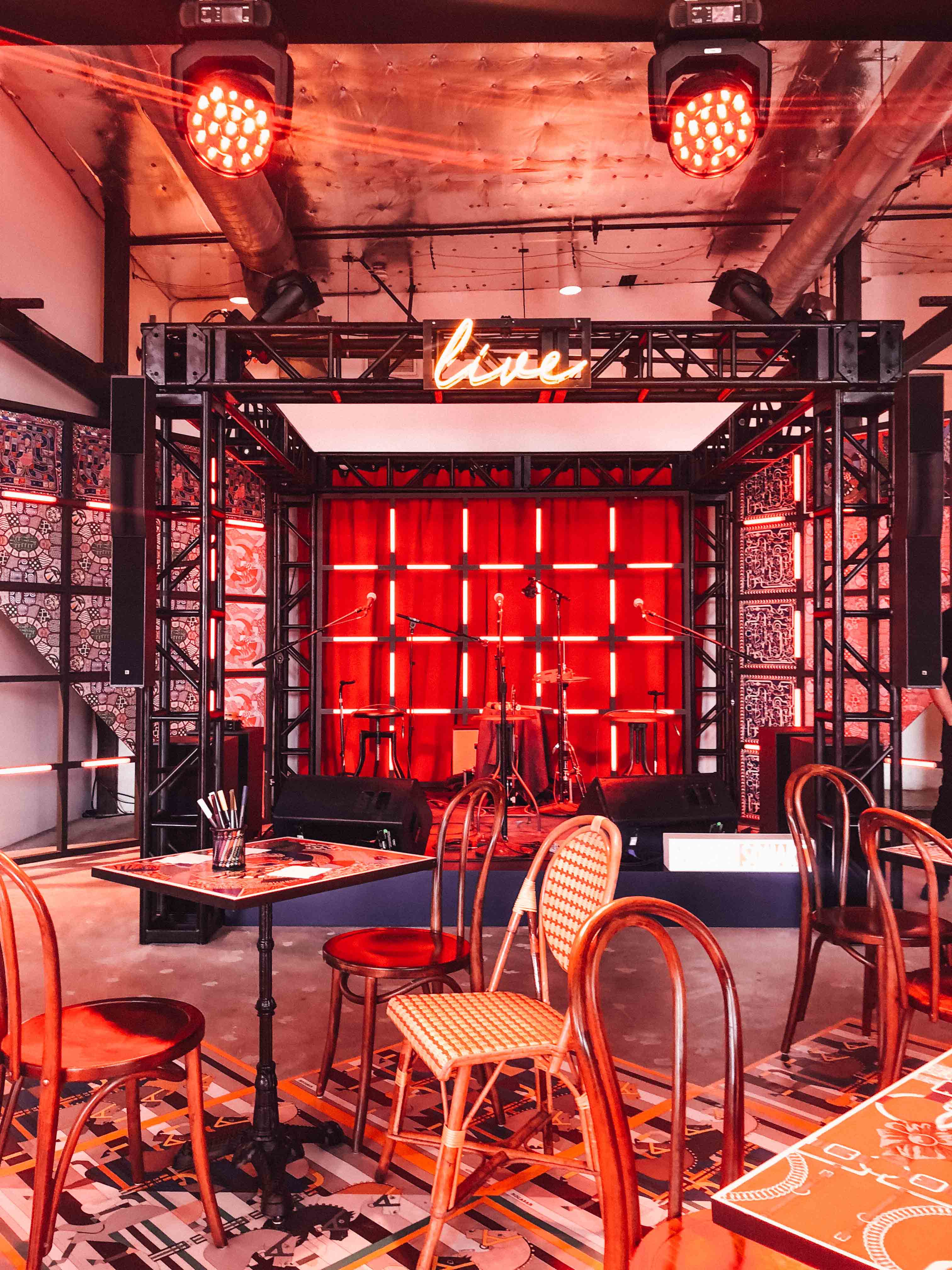 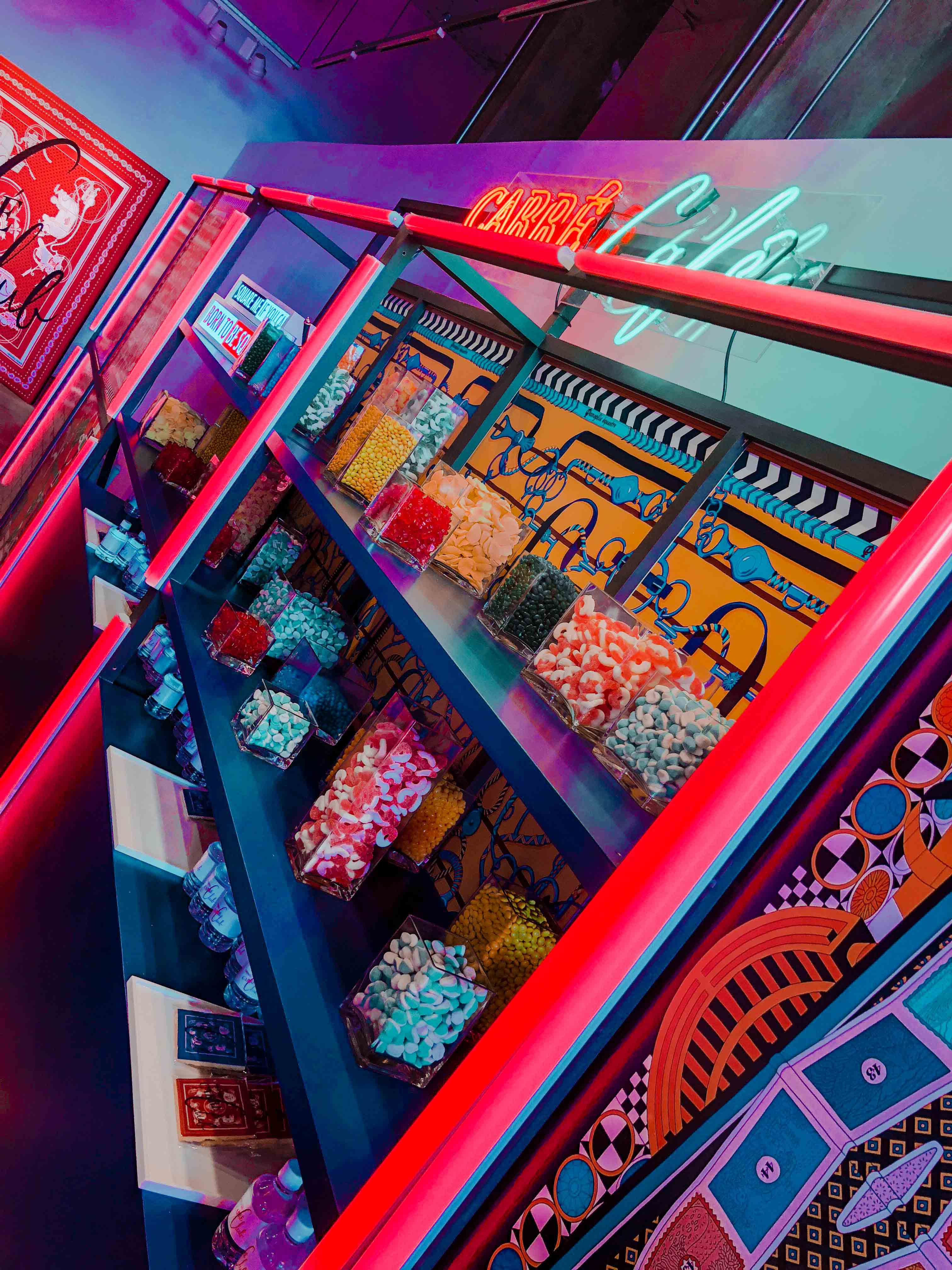 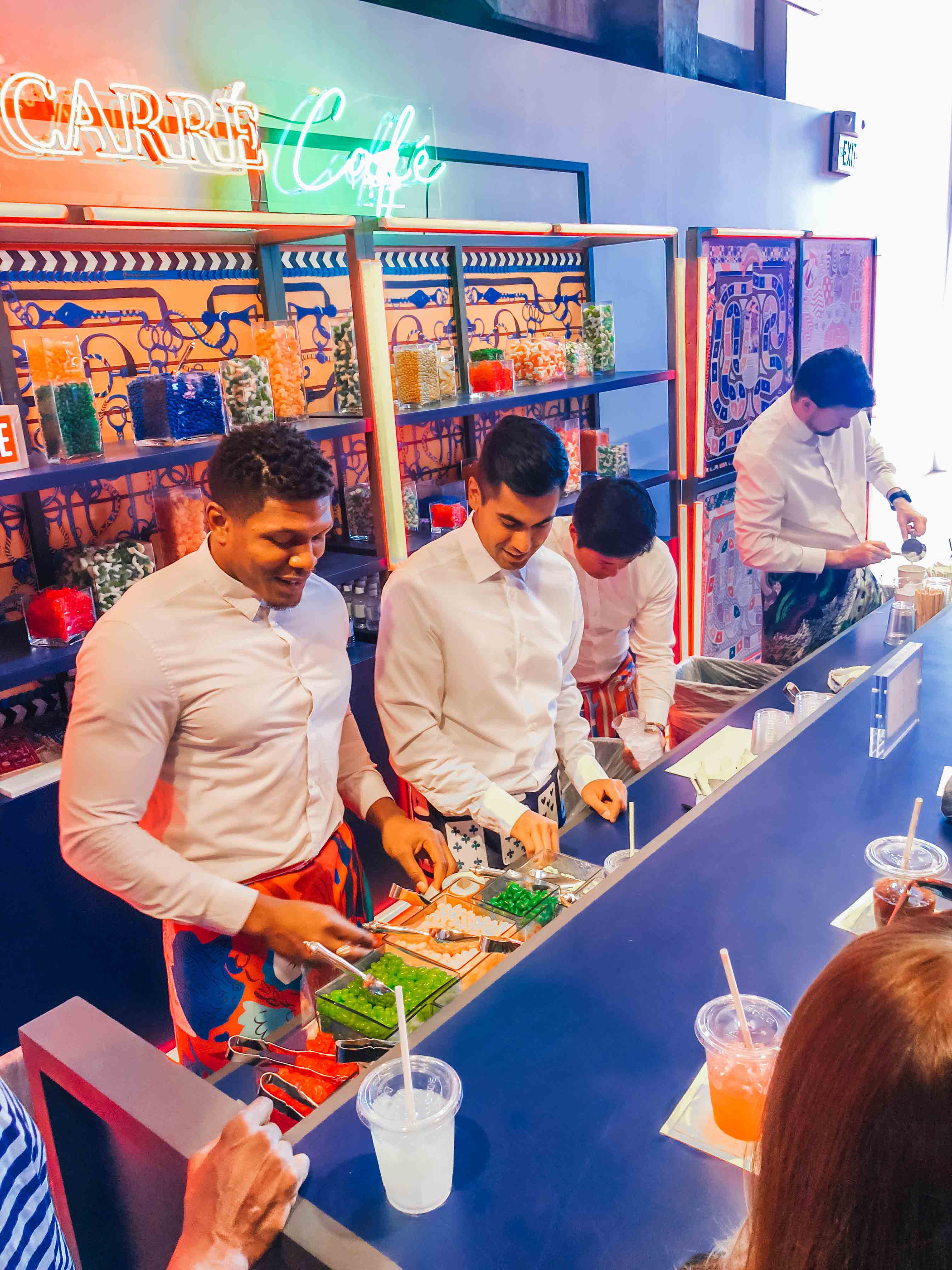 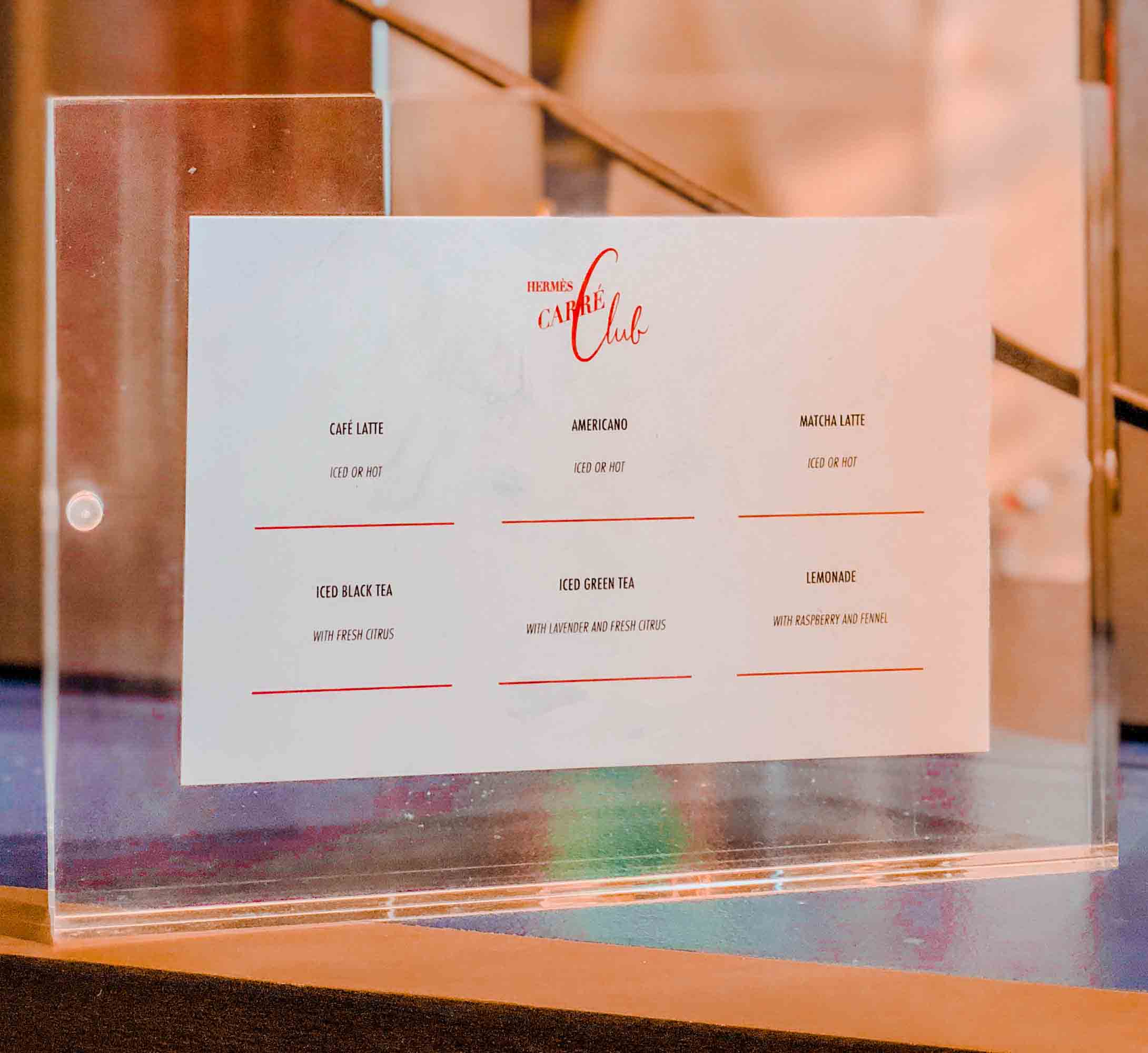 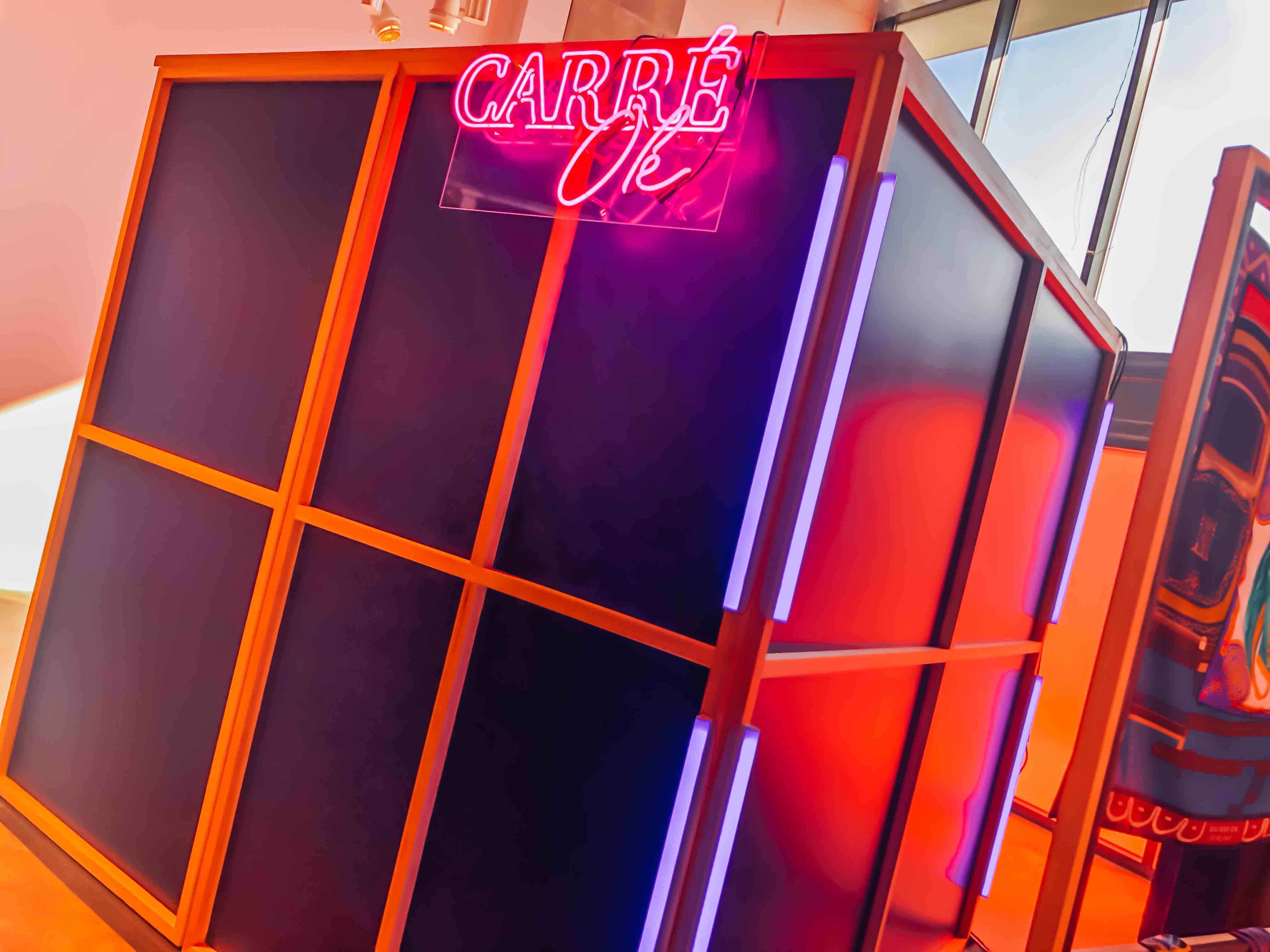 Sing your heart out in this unique karaoke studio. Only one group allowed at one time. I didn’t get to try it. 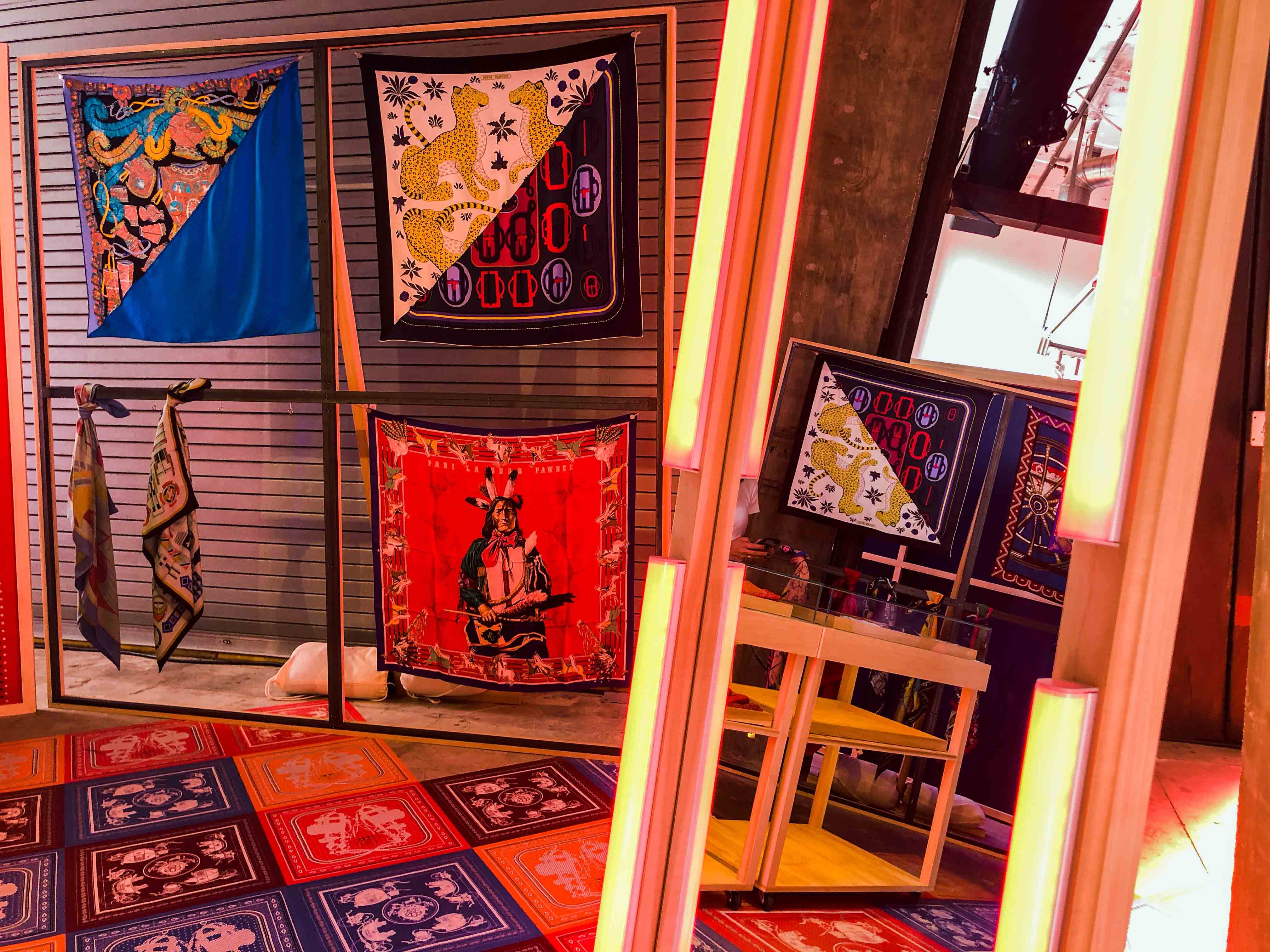 Snap up some limited scarves and more, and get it signed by the artists on site. 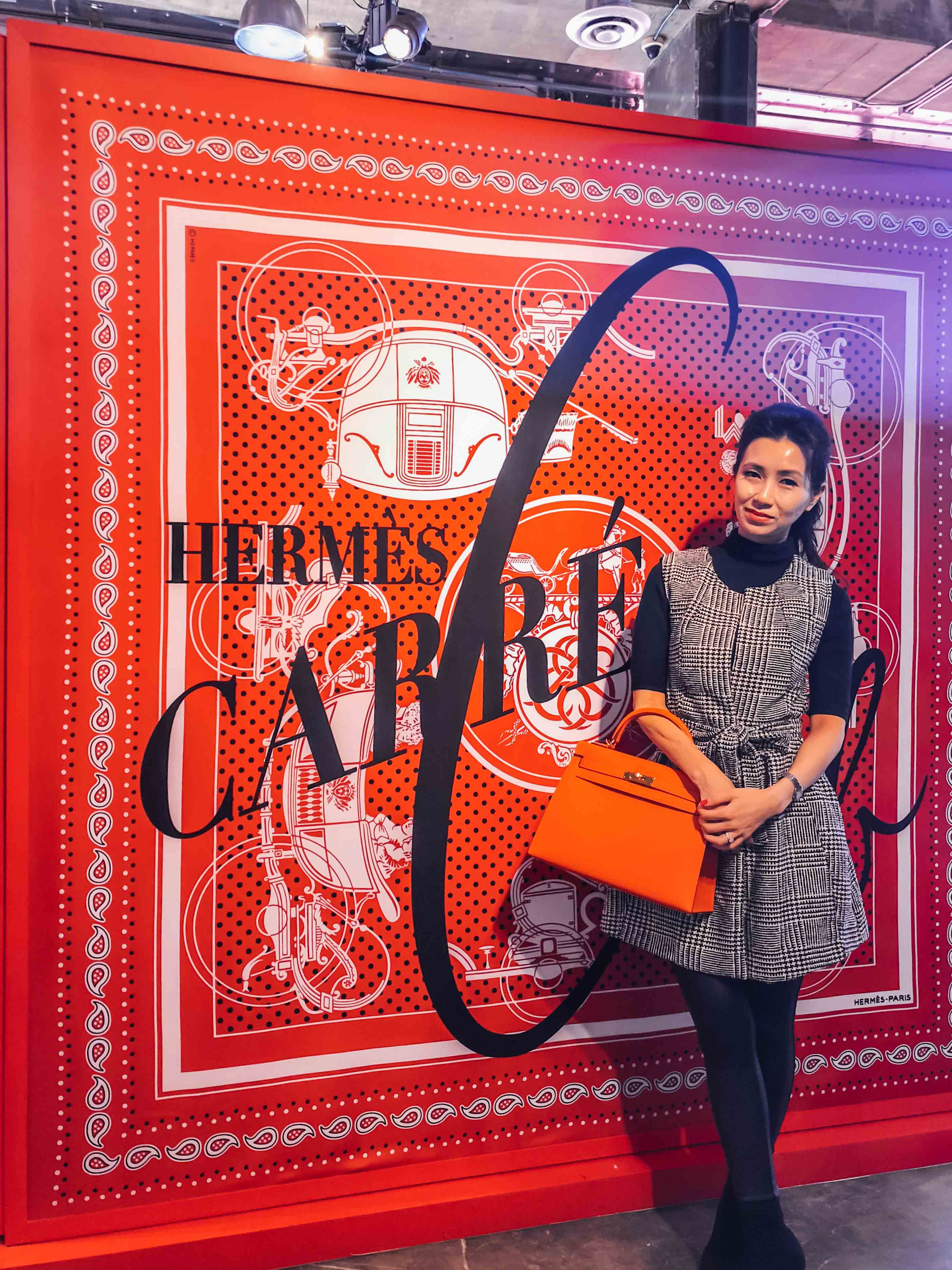 This design in a silk bandana pattern ($195) is a limited edition and only available in LA. It was sold out when I inquired about it on Sunday afternoon. 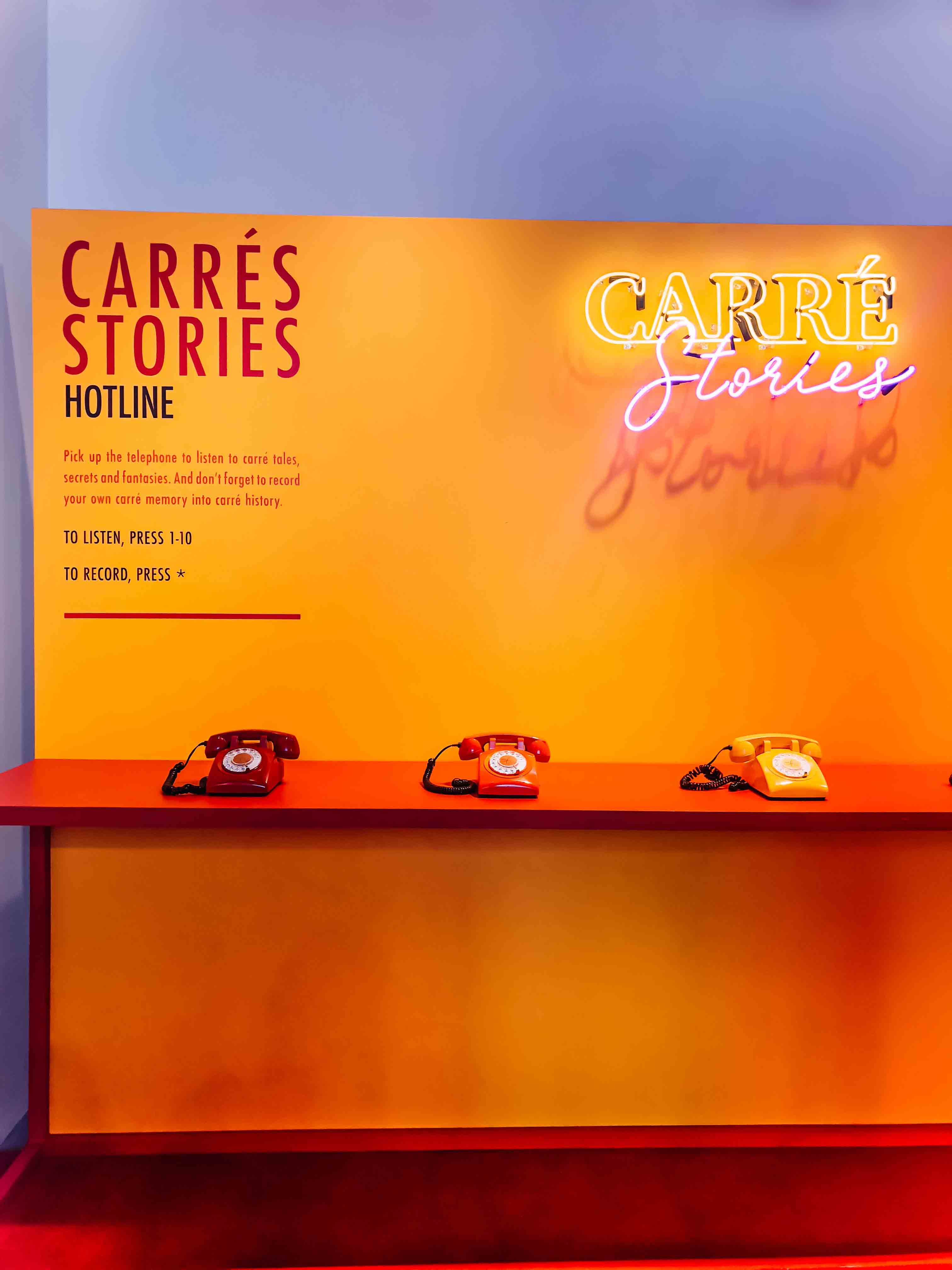 Pick up the telephone and listen to carré-tales, secrets, and fantasies before recording your own carré memory.

Coloring of the Carré 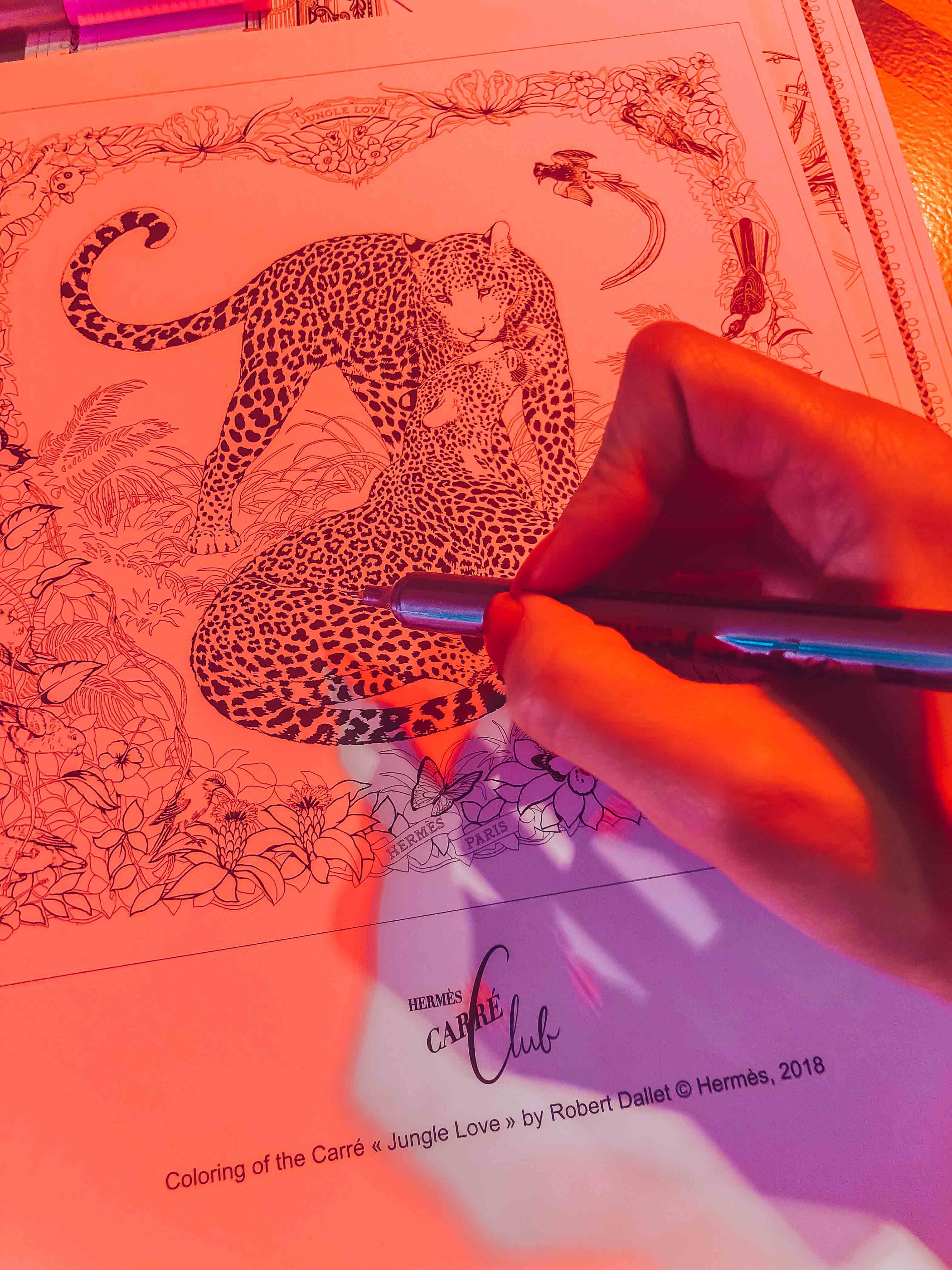 Fun activity at the cafe for those who loves coloring book. Shown here is one of the many gorgeous designs. 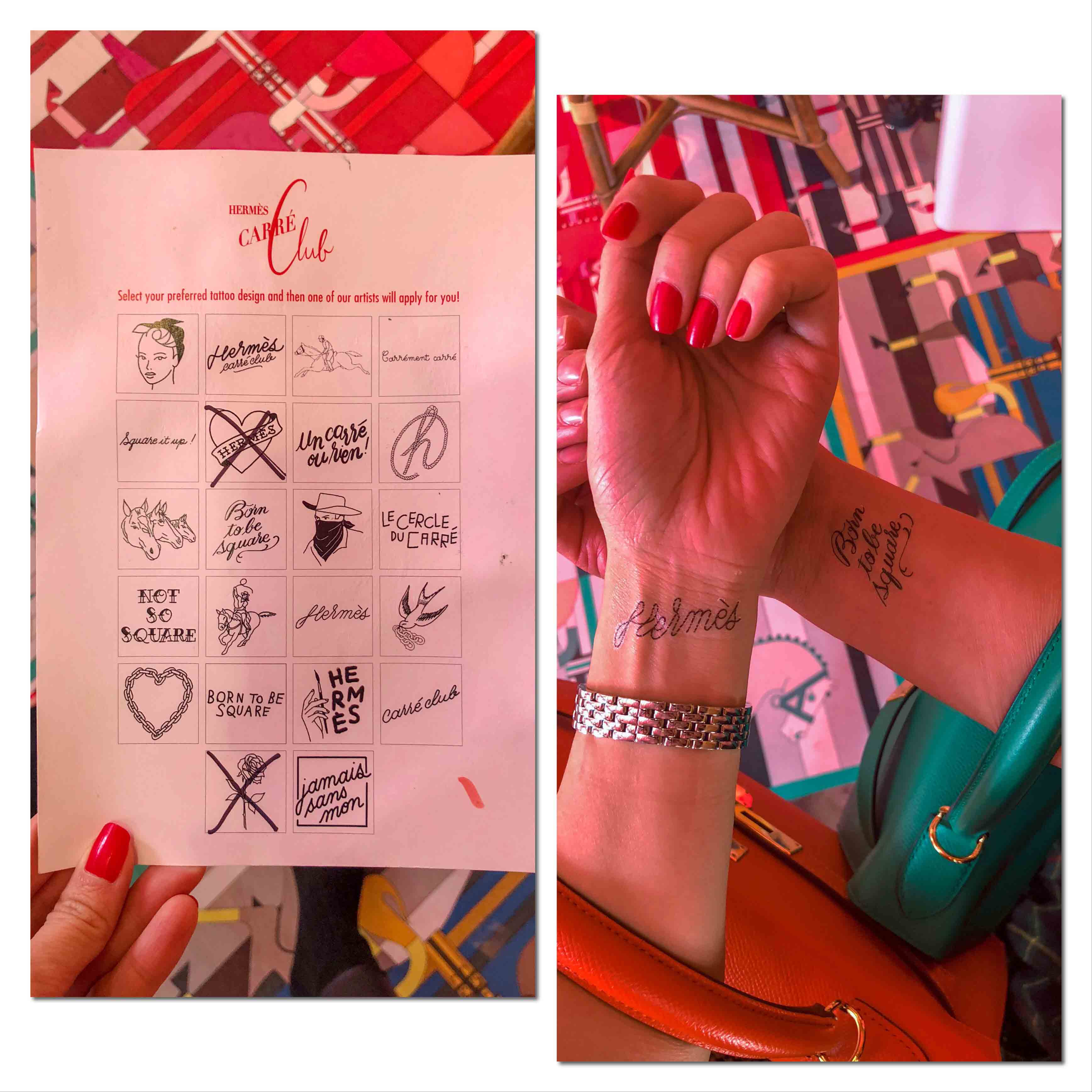 Isn’t it cool to get a tattoo in one of the Hermes designs? 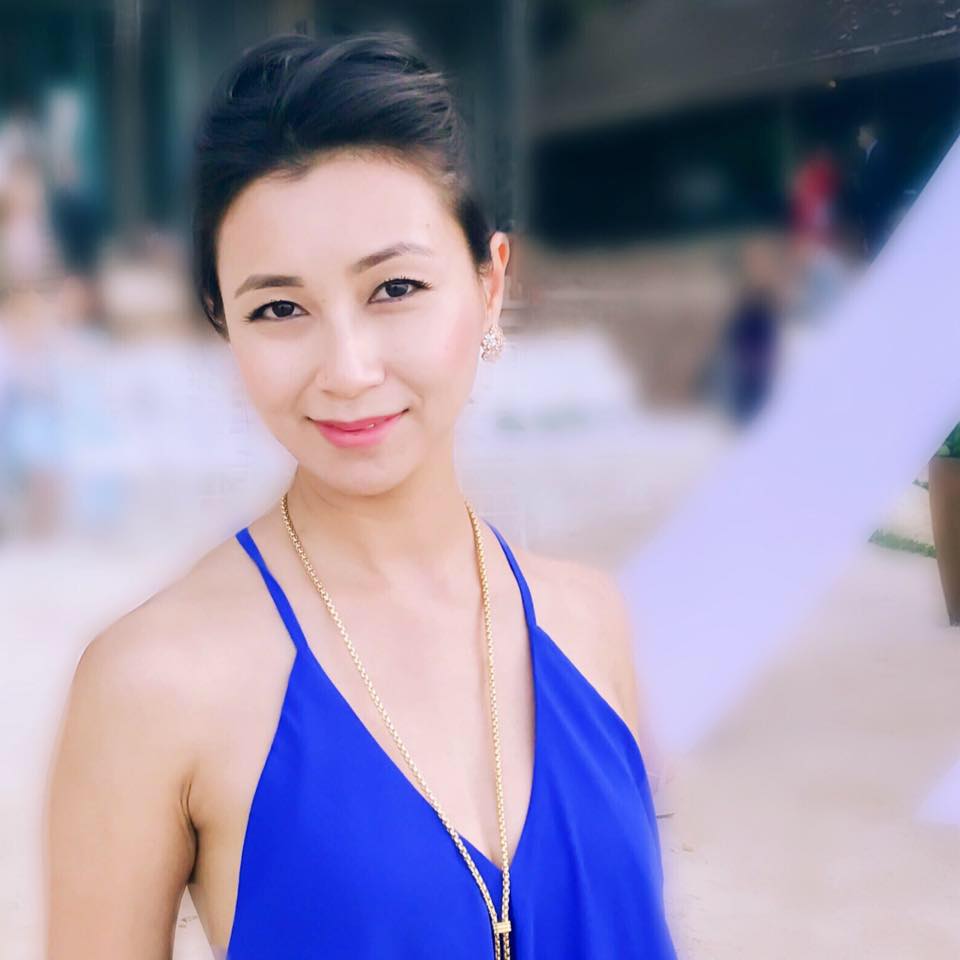